Americans are silenced when they question false statements made by their government and the corporate media.

This is a forum to connect Patriotic Americans, determine the truth, amplify our voices and establish a platform to ensure the United States' survival as a Republic. 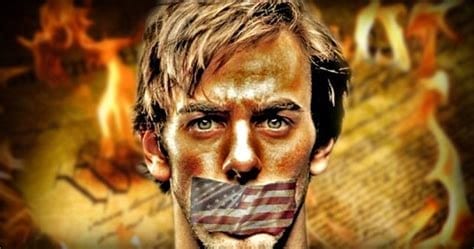 We Remember All Who Gave Their Life for Us!

We should all live to be worthy of their sacrifice. The 13 Killed in the August 26 attack near the gates of Hamid Karzai International Airport: 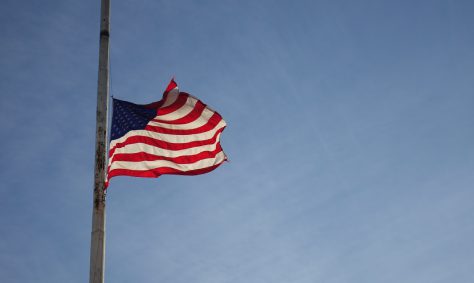 Killed from a thug embolden by the anti-police agenda

Our effort is to honor all military members and Police officers killed in the line of duty. 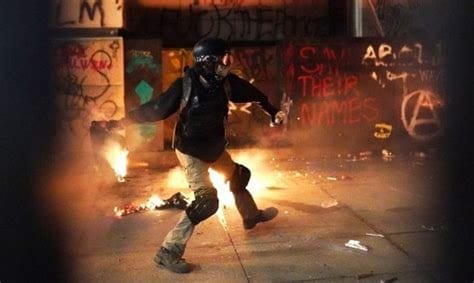 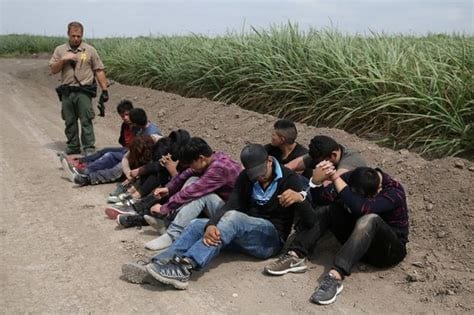 America is under attack from within

America first is NOT the agenda of the radical left. Destroying America is their goal. Everything they are doing is right out of the Marxist play book. We are not a racist nation. They are using the claim of racism to bully people and divide us. The radical left has been planning our demise for decades. Patiently they have been working toward their goal, packaging their ideas as for the greater good, and brain washing our children and young adults in the public school and universities. At the same time infiltrating our government at all levels. They managed to win the last election and now they are putting it all together to force their full control. They want to completely rewrite or dispose of the constitution to permanently keep their power.

My response to this radical left agenda is a resounding NO. They have not earned the right to change the country. They did not win the public debate and do not have majority approval. And it is debatable that they legitimately won any recent election. They benefited and flourished in the greatest country in the history of the world and their contribution is to take away everyone’s liberty and God given individual rights. Their movement is evil. The battle must be fought with prayer, evangelization, and our involvement in government affairs. The Moral Majority cannot be silent and ignorant. Let’s work together to keep this from happening now and for years to come!

More than 35 years ago, I took an oath to defend the United States Constitution against all enemies, foreign and domestic. Off I went to defend you against the big bad USSR bear and some small bands of terrorists. I was fortunate not to see combat while in the Marines. I did years later as a civilian contractor. However, nothing was as dangerous as what I did every day in the Marines. I was a military pilot. During my flying career, I lost a dozen friends to aviation mishaps. All the while, hundreds of service men and women died in combat in those 20 years. All were sons and daughters of ours. All died defending us. All of them loved this country. 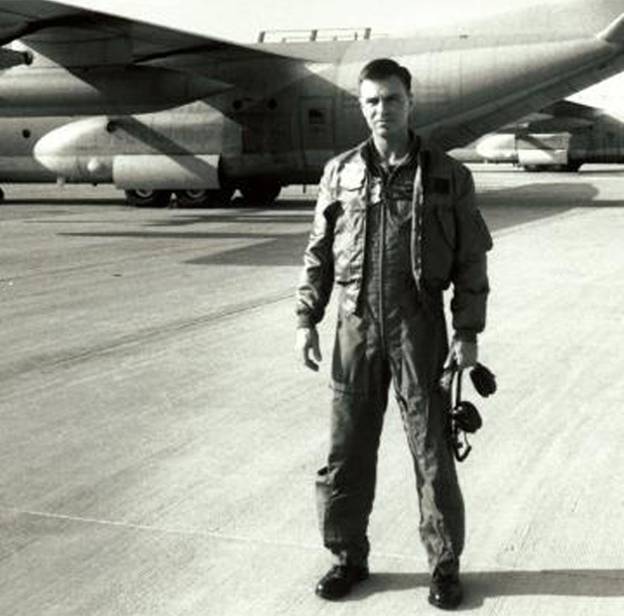 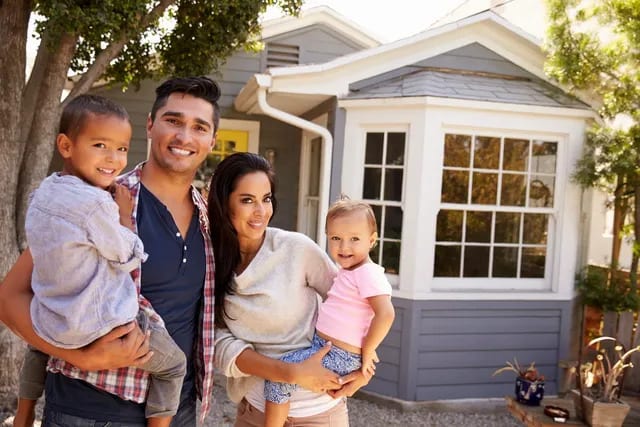 After 20 years, I started a family and pursued the American Dream I faithfully defended. I went into the financial services industry, the retail side of it. I am good with numbers and like to help people. Four years later the market crashed. I saw it coming but could do nothing. What I didn’t know then was that in 1999, our president reversed bank regulations designed to protect people. Within 10 years, US bankers destroyed the world’s economy. Those same banks were bailed out by our later president. Millions lost their jobs and then their homes to the same banks. Many thousands died from stress related illnesses and suicide. Both those presidents left the White House millionaires.

As everything was unraveling, I did my best to stay on top of the news and keep my clients informed. I listened to their concerns and gave them assurances that everything will be alright. I watched years of accumulation disappear in weeks. At the time I told them it will all return in time. Some of these people didn’t have time. This I when I realized people without money have no voice. Oh, they can speak, yell even, but with no money, no one listens. The other thing I learned is that as an adviser for the middle class, I was being used to help the banks increase the wealth of the already rich. 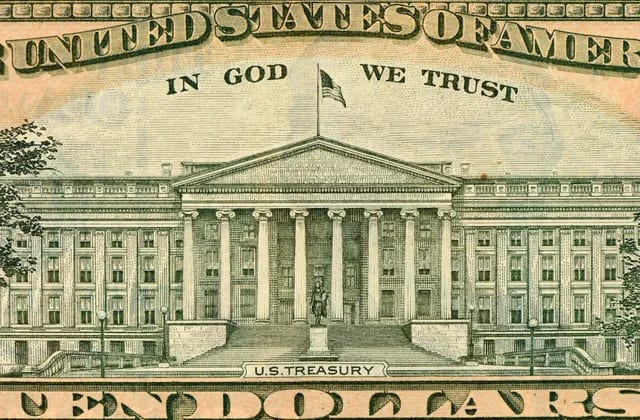 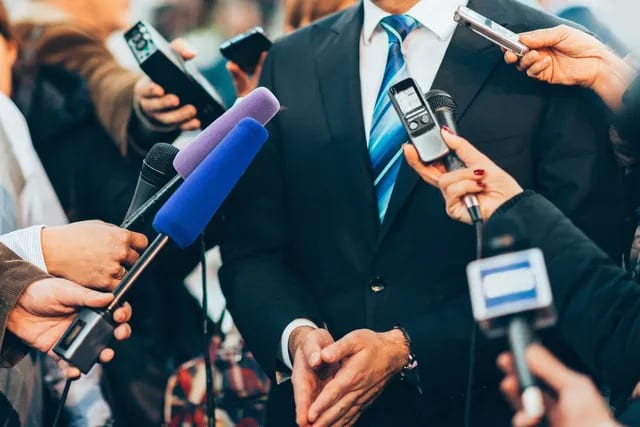 Do we trust men or God?

How did this happen? You let it happen, you and me! We elect officials who methodically dismantle the protections our forefathers had painstakingly assembled to protect us from financial and social collapse. I do not blame you or me; however, I blame the Godless politicians who love power and money more than their country. And I blame the corrupt news media who love money and fame more than the truth.

Evil foreign and domestic forces are working hard to destroy us. They are nudging, pushing, and sometimes dragging the American people away from God. The United States became the wealthiest and most powerful nation in the history of the world because the people were God fearing. Those beliefs were in the hearts of the men who wrote the constitution. The constitution does not work when God is not present. Our choice is to elect a majority of God-fearing people or fall from grace and fail.

More than 35 years ago, I took an oath to defend the United States Constitution against all enemies, foreign and domestic. Now because I took that oath, I am labeled a white supremist racist.  And because I joined the Marines, I am called a Neo-Nazi. I am called this by people whose right to free speech I defended. Yet they are doing everything to shut me up and discredit me. If I speak my concerns or question their actions, I am called names, blocked or cancelled. This is what fascists do! Pure and simple, they are evil! And a whole lot of lost sheep are following them.

We can and will beat them if we stand together. There are more of us. Will you join me to stop them? 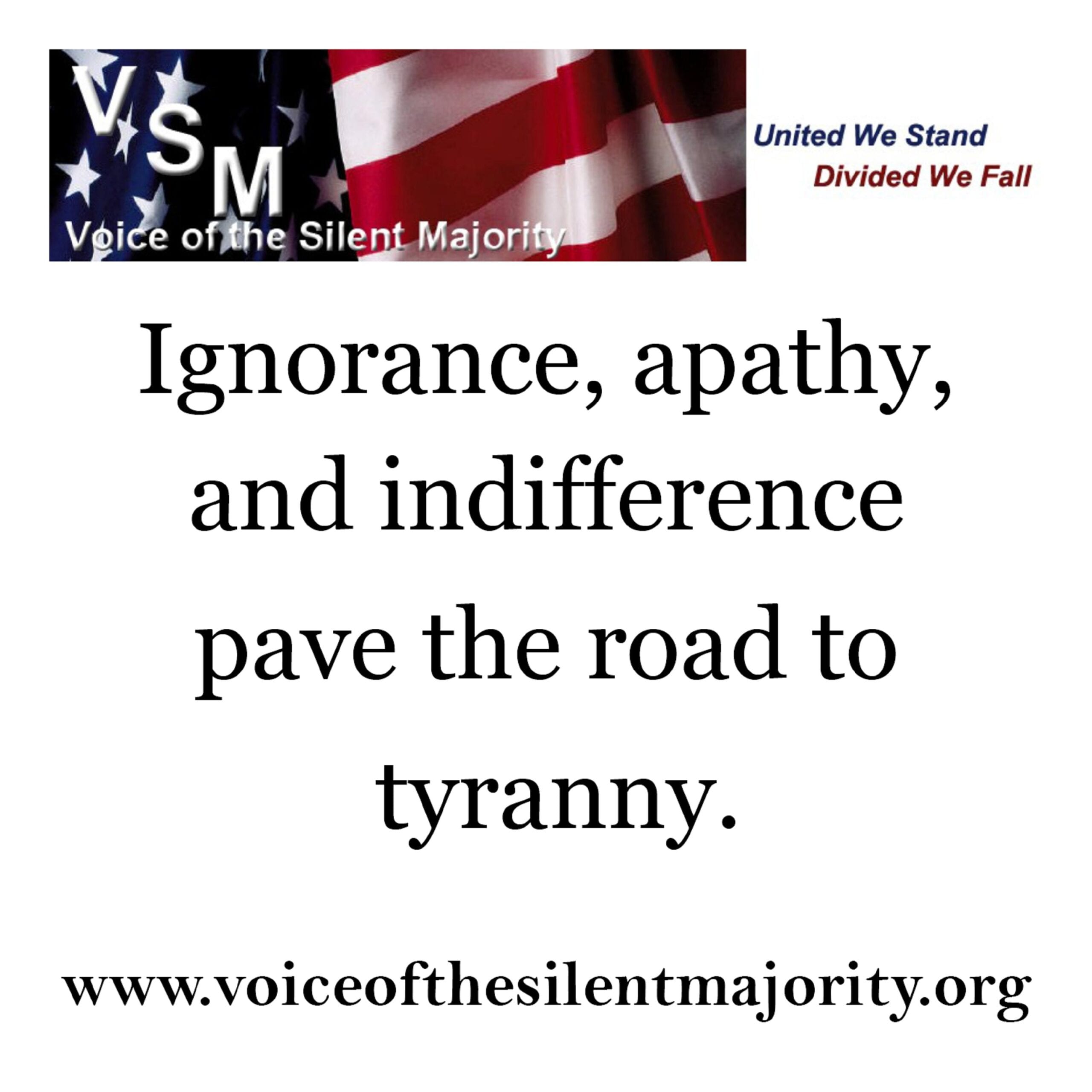 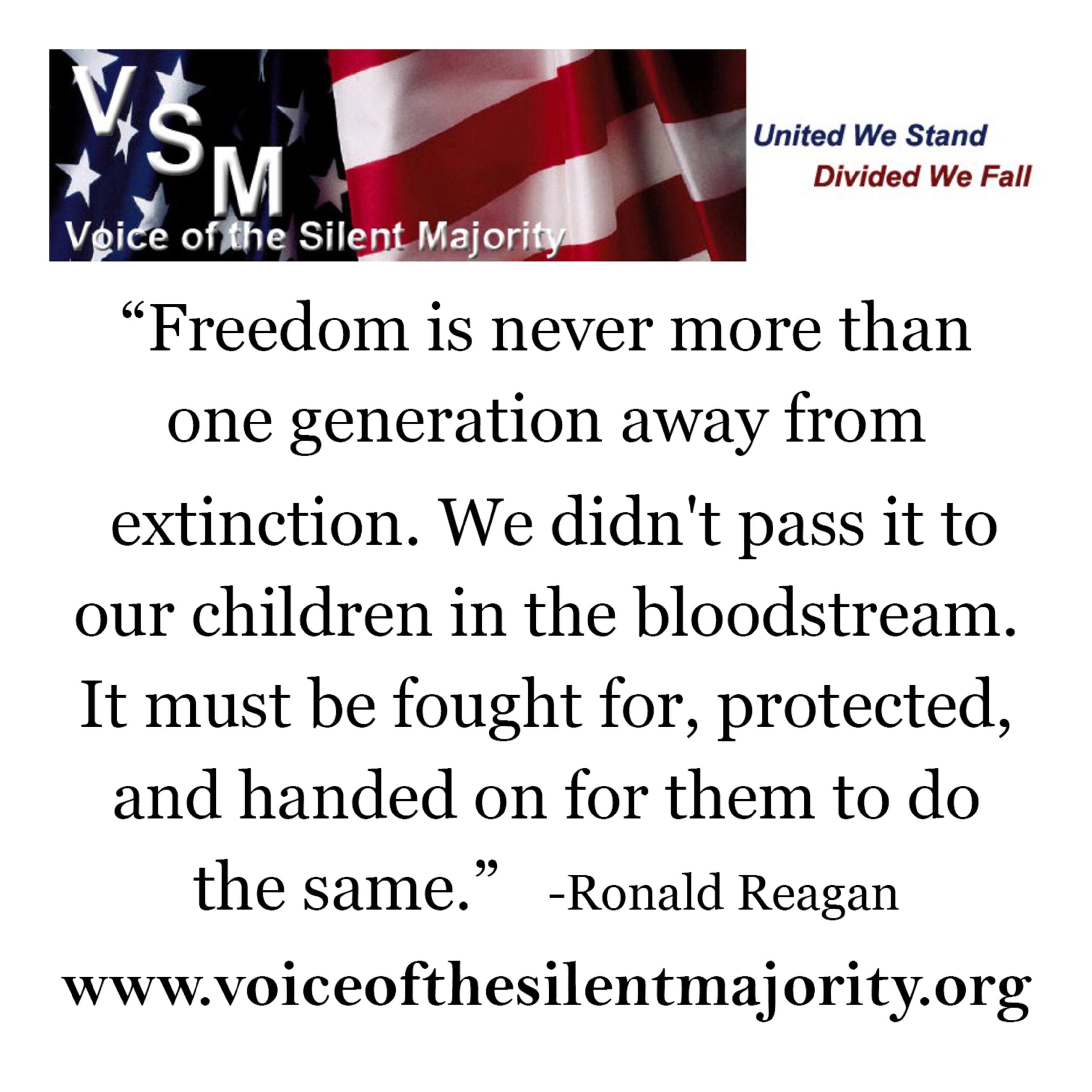 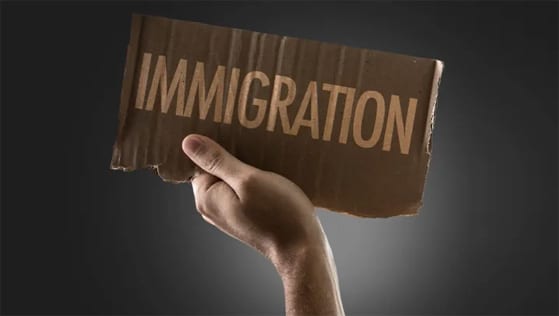 Do not turn your eyes away anymore. Do not let my service to you and the precious lives of my brothers and sisters, your sons, and daughters, be in vain. Only you, the Moral Majority standing side by side, can bring real change to this country. And, if you will not stand up for yourself, stand up for your children and their children.

We are moving away from the principles and ideals that made us this great nation. A well-organized progressive social movement, funded by foreign individuals, communist countries and wealthy elitists. What they call progress is Marxism, Communism, Socialism, basically varying degrees of the same thing: public or state ownership versus individual ownership. The movement follows no rules except to win at all costs. They use lies, deception, misinformation, propaganda to attack, attack, attack! Everyone who gets in their way is attacked.

Can we beat them? Absolutely, with the light of truth and the solidarity of people united for the greater good! Citizens have a responsibility to protect freedom and promote awareness. They also must know when freedom must be demanded and fought for if necessary. It is easier to keep a democratic republic than fight back for it once lost. We still have the numbers to win fair and honest elections!

We are being played for fools. The swamp is real.  It is an ever-consuming monster feeding off the taxpayers. Career politicians and beltway bureaucrats jam pet projects and earmarks into every piece of legislation. It is funding for unrelated projects that do nothing for the people and everything for the corporations, foreign countries and wealthy elites who donate to campaigns. Many politicians are elected for their gift to influence people to believe what they want them to believe. Elections in many states are rigged.  A big indicator is the no voter ID law. Another is mass mailing of ballots without confirmation that the sender is valid. These are the two causes for the discrepancies claimed to swing the last election from one candidate to another. Come on man! Do really think a man well past his prime known for corruption who hid in his basement could beat an incumbent president who created the greatest economy in history? Look at the arrogance of the politicians in the no voter ID states. They know they will not lose.

God, Family, Friends, and the United States of America.

God is central to my life. I try to be an example for others to follow. I have been blessed with the grace of God. My calling is as a protector of lives and liberty. I will do my best to live as Jesus my God wants me to live and to constantly seek wisdom by reading the bible and listening to the consul of men wiser than I. 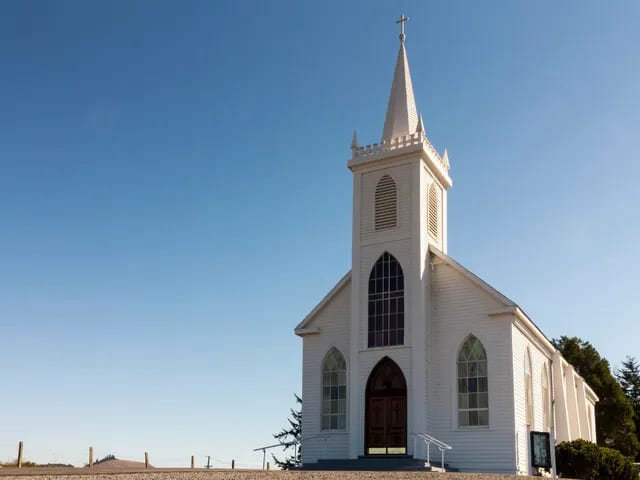 The security and development of my children is my highest priority. I cherish my family and will do everything in my power to protect them and ensure their freedom. That should be the priority for all of American.

Therefore, I defend the constitution of the United States against all enemies, foreign and domestic. We live in the greatest country in the world, made so by our constitution, our plentiful natural resources and our hard-working diverse people. Our greatness is under attack. We have a sinister threat within our borders from people and ideals that want to dismantle the United States constitution and remake our country. And some of our own elected are letting them in their quest for wealth and power. All at the expense of the hard-working Americans and the future hard-working Americans, our children.

The Core of Our Country

The silent majority is the core of this country. People who are focused on making an honest living and raising children to do the same. However, they are not represented by our political leaders. Too many of our political leaders work for the foreign and domestic corporations and elites that fund their campaigns. We can change this. All we have to do is unite, learn the issues, and demand representation. Please join me to take back our country.